My first “contact” with Anubis was during my studies, about ten years ago, when I passed the big sign “Anubis Tattoo & Piercing” every day.

It seemed so dark and mystical to me, and despite the fact that it was clearly written what service was offered, I imagined that a team of scruffy and tattooed guys was waiting for you inside, ready to beat you to death. I hadn’t planned to get a tattoo at the time, but somewhere I imagined that Maja from some other universe was putting cool tattoos on various parts of her body.

Eight years have passed since that routine. In the meantime, I “earned” two tattoos, and I decided to do the third in Anubis. I don’t remember at all how I came to that decision… Did I look for a real and professional studio in Osijek, or did I choose it because I wanted a rather complicated tattoo, or maybe because I didn’t want to gamble with hygiene concerning such an important thing (I had to take care of someone other than me)…

The decision was made

Basically, the decision was made.

I wanted the best in the business (at least that’s what I heard about Anubis), I checked-out their work on Facebook which seemed like they know what they’re doing, and I said, “OK, I want the tattoo to be the best, I’m going to the best.”

I also liked that Žvaki really put in the effort and brought tattooing to a whole new level. You don’t get a tattoo every day, but you get a tattoo for a lifetime and that’s why a tattoo needs to be superbly done. My scale of criteria is set quite high in this regard, so money was not a problem (because there is no money) and my motto is that, when you are already doing something, then do it properly.

Before I even stepped into Anubis and found out who is behind the door, I imagined how I would come over with a photo of my tattoo, the tattoo artist would make some great design and I would walk out of the salon with my new tattoo. After certain agreements and consultations, of course, but the most important thing for me was that everything is as I imagined it.

So I found the number, called the dude who runs it all – Žvaki, who I learned in the mean time was the brother of a friend from work, which calmed my worries that the pierced and tattooed dudes were waiting there to kill me, for some unknown reason. I told him what I wanted, and he told me: Come, I will tattoo it for you without any problems, but if you want it to look nice, I recommend INKDIVIDUAL consultations.

That absolutely thrilled me! Finally someone who will listen to what I really want and how much what it means to me.

And, here I am at the consultation.

After meeting, I realize that Žvaki is the type of person who understands what I want while I don’t really know what I want. And that was great.

It’s funny, but if someone tattoos you, I think you have to be somewhat compatible to meet halfway. At least I think so.

And so I present my idea to Žvaki during the consultations, expecting him to put it into action immediately. And then… BAM !! CAN’T BE DONE. MY TATTOO, TO PUT IT MILDLY,  COMPLETELY SUCKS.

After an hour of discussing what a tattoo is and what kind of tattoo I want, I got a slight panic attack because I had no idea where to start, let alone where to end. Don’t get me wrong, the conversation was super pleasant and humorous, but it didn’t lead anywhere. Or so it seemed to me.

And finally, I figured out what the writer (Žvaki) meant and I realized that my idea really sucked. But… Žvaki also helped me realize that even this bad idea can lead to something much better. And it was one of the few moments in my not-so-long life when I realized the point of it all. (Or at least I thought I understood. P.S. – Thank you for that, Žvaki).

You need that badly done work to get you to Starry Night.

So we made an appointment! Yes, I will finally get my third tattoo that will be perfect…

I call Žvaki to ask him if pregnant women can get tattoos.

And the nursing mother?

I almost burst into tears when Žvaki said encouragingly: Come on, see you when the time is right.

Be patient and you’ll be saved, I tought.

And after two years, we finally agreed on new consultations, which were much more pleasant than the previous ones, probably because we already knew in what way the other one thinks. Do we made an appointment to make a tattoo that I had no idea what it would look like, but I knew what it will represent. The great advice he gave me as I was leaving was not to think about what a tattoo could be. If the inspiration comes – it comes, if not – it’s also ok. What fascinated me about tattooing in Anubis is that I understood my new as-yet-unborn tattoo as an emotion, a feeling, an experience; and not just as a picture, bare data, or note.

I can’t really explain what I got by getting a tattoo in Anubis, but I’ll try…

My original tattoo was supposed to be a print, a memory, a photograph, and I got the experience, the feeling, the memory, the happiness, the love, the beauty, the originality. And many other important things.

The tattoo I imagined at the beginning was not nearly as good as the one I got.

Now I see it and I am so glad that Žvaki helped me understand that. We did a great job. We worked as a team and I’m glad I still have some “clean” skin to repeat all this.

After Anubis, tattooing is no longer what it used to be. You can look at other studios, the work of other artists, but once you experience perfection, you will hardly agree to less than that later.

Because now you finally know what tattooing is ALL about; you understand that it’s not just the part where the stinging starts, but tattooing is your thought somewhere in the back of your mind when the idea starts, through talking to your tattoo artist, making a design, choosing a technique, choosing colors, places, lines and all that great sentence: “Now you can see it”. 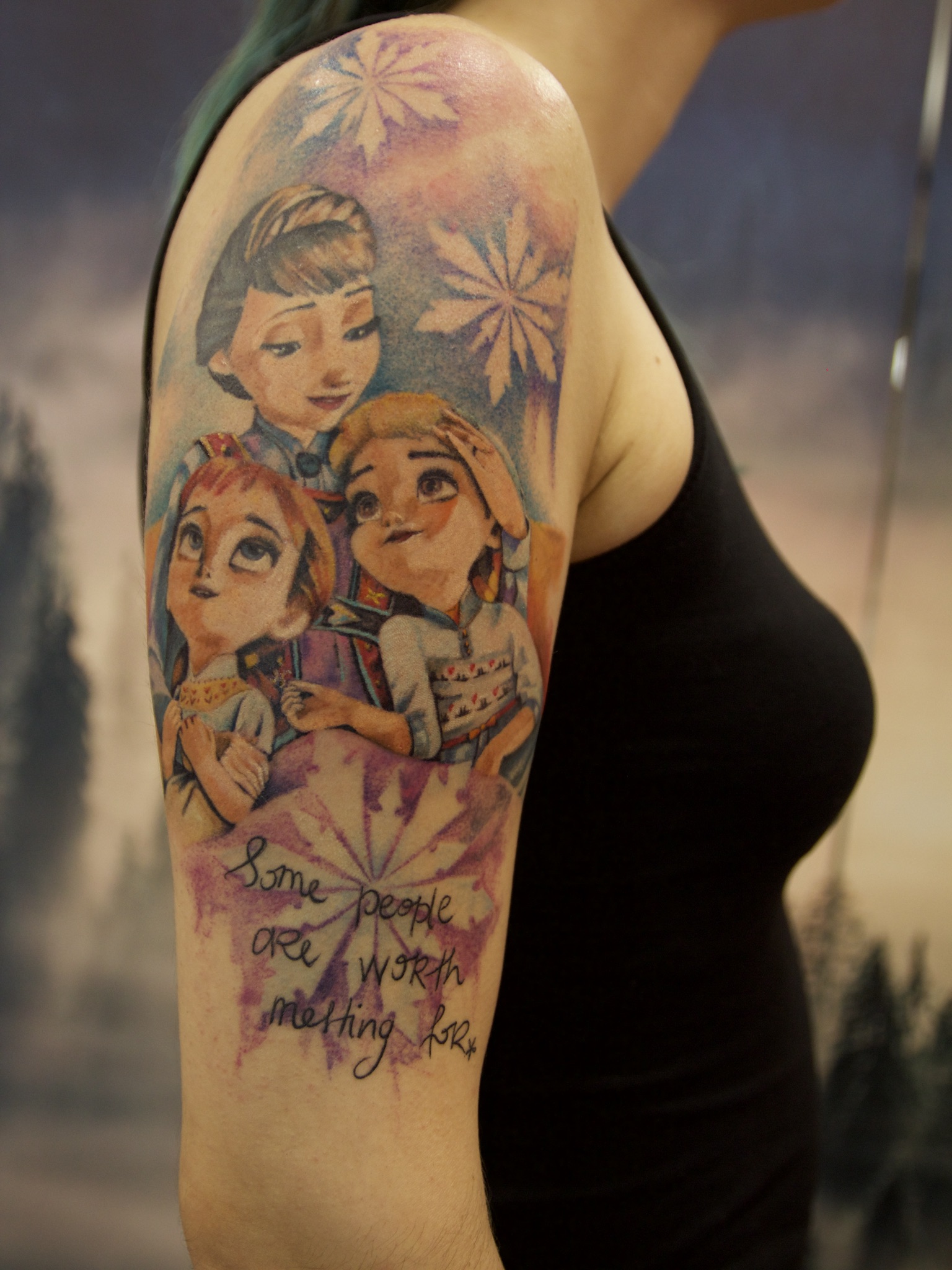 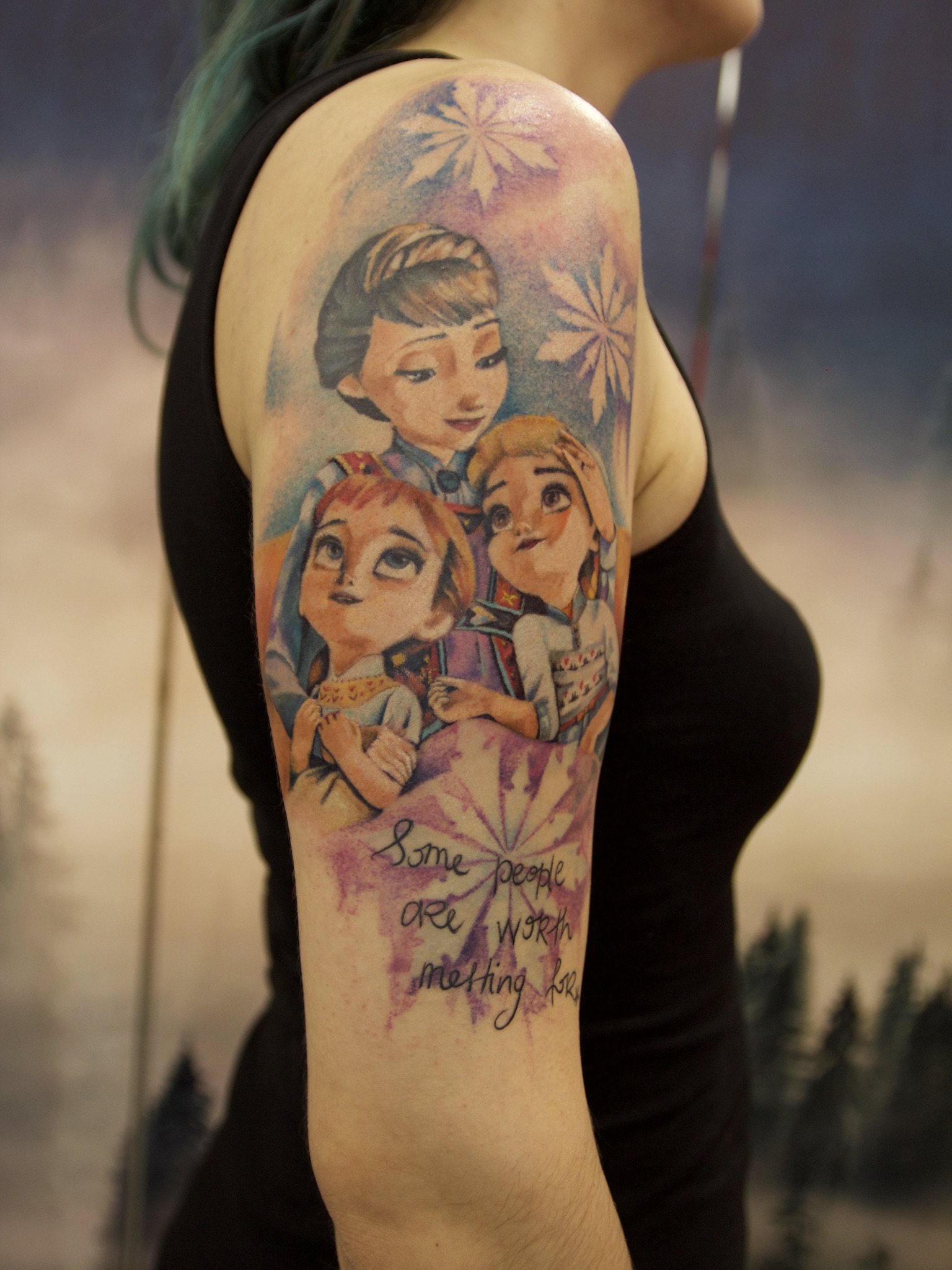